Two years ago the UK government funded a project to train bees to detect trace vapours of drugs and explosives.

Under the government contract, Inscentinel, a spin-out of Rothamsted Research, developed a portable handheld sensor known as the VASOR136 (volatile analysis by specific olfactory recognition). The system can hold 36 trained bees gently restrained in six cassettes inside the device. Each is taught to recognise a particular odour and associate that smell with a food reward.

The Observer Science monthly magazine had an article on using bees to detect cancer. Honey bees have a powerful sense of smell and can pick up on a plethora of odours, from concealed explosives to telltale chemicals, or biomarkers, that signal disease. Read the article. 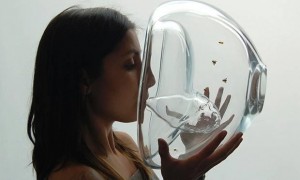