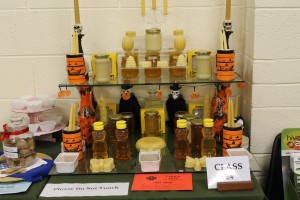 Fota honey show 2014 was held in the Education centre at Fota on 4-5 October 2014. Fota Honey Show is one of two honey shows ran nationally supported by the Federation of Irish Beekeepers Association FIBKA.

FIBKA president Eamon McGee attended to present the prizes along with Catherine Caulwell from the Dromcollogher Organic College who is 2014 honey queen.

Others from the association were placed second, thirds and highly commended in the various classes. Well done to all 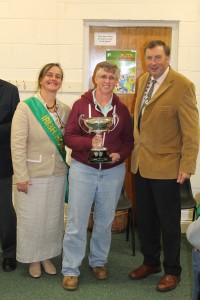 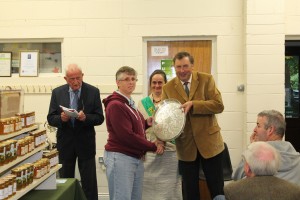 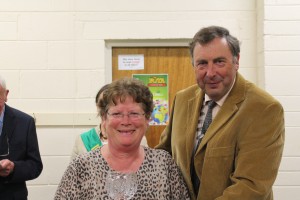 Jim Curtin winner of the 3 jar for Cork beekeepers 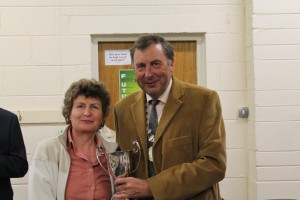 Maria Tobin getting her award from Eamon McGee FIBKA president