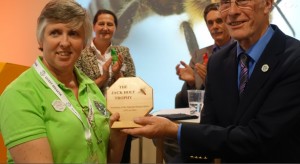 Eleanor Attridge got first for the 2 jar light and second in the chunk honey with a total of 9 show prizes. 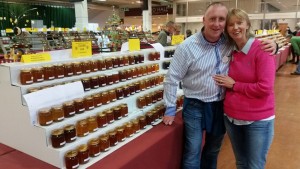 Denis and Mary McCarthy got third and fourth in the medium honey class along with 2 more prize cards. Incidentally the Irish honey took 5 prizes in the same class.

Michael Lane from Midleton also got a second placing in a light class for his honey.