Gormanston Summer school 2014 finished up end of July. Cork Co beekeepers were well represented at the summer school and numbers attending were the highest on record, with day visitors way up on previous years. The programme was full and packed with a variety of lectures which made making your mind up on which one to attend difficult. Visitors came from as far away as NewZealand and the US , with the UK well represented.

Eleanor Attridge got five first prizes in the honey show along with a number of other placements and was awarded highest points overall in show.

John Healy was awarded his senior cert in beekeeping. 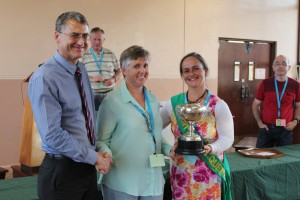 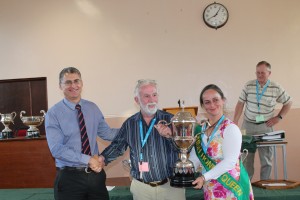 Noel Power being presented with M Moynihan Cup at Gormanston2014